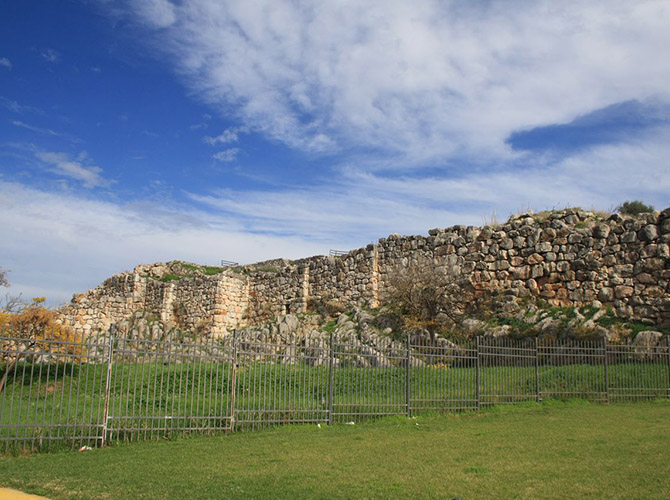 The archaeological site of Tiryns is today an UNESCO World Heritage Site. The Mycenaean acropolis with the Cyclopean walls, came gradually to light from 1876 and today is one of the monuments worth visiting when you are in Argolida. Tiryns has been inhabited since the Neolithic era, until its destruction by the Argians in the first half of the 5th century. It is famous for its "cyclopean" walls, which, according to Homer, the Cyclops built them themselves. The first mythical king of the city was Pritos, the great-grandson of Danaos, or Nafplion. During your visit to the archaeological site you can admire the Western Promachonas, which is an excellent achievement of Mycenaean architecture, the well-known Cyclopean walls the size of which is still a question, the Lower Acropolis and the Geometric temple.