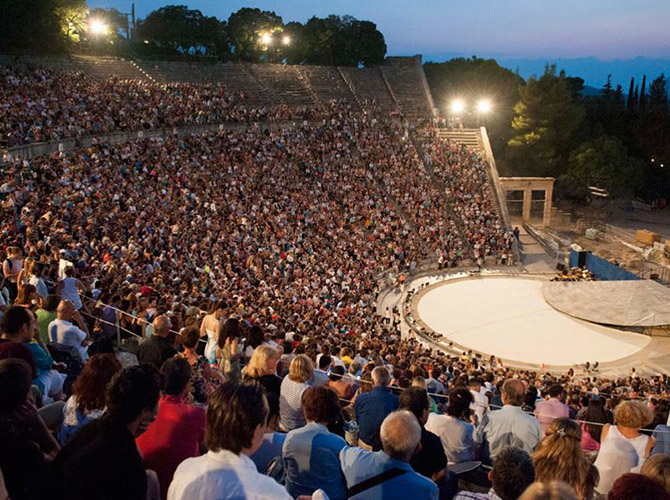 Epidaurus is famous for its ancient theater and its unique natural beauty. However, few know that it used to be one of the most famous therapeutic centers of the ancient world and that the theater was part of the treatment in the context of a holistic approach, physical and mental, to health problems. We recommend visiting the archaeological site of Asclepion in Epidaurus and touring around the main buildings and monuments of Asclepius: the Temple of Asclepius, the Avaton, the Tholos, the Stadium, the Restaurant, the Katagogeion, the Museum and of course the famous Theater. The ancient theater of Epidaurus, a monument of world cultural heritage is one of the most important monuments of ancient Greece and a world-class attraction. Its perfect acoustics, its elegance and symmetrical proportions fascinate every visitor. It was built around 340 - 330 BC so that the patients of the Asclepion could watch theatrical performances and was in use until the 3rd century AD. It has a capacity of 13,000 spectators and since 1955 until today it hosts top performances of ancient dramas by the most acclaimed Greek and foreign actors and directors.