Kastraki or the Acropolis of Ancient Assini. 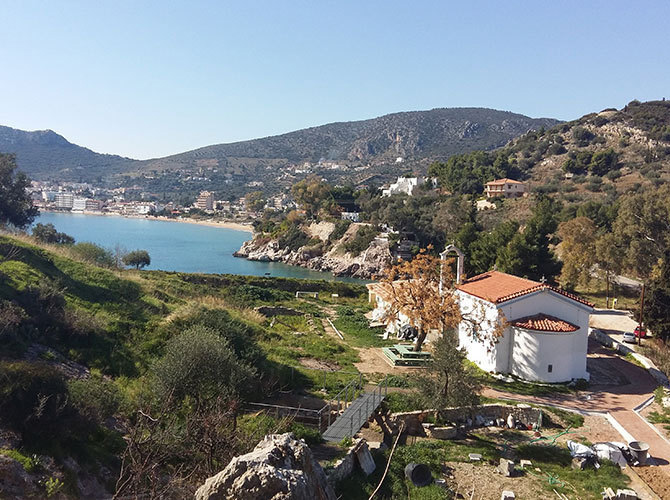 Kastraki or the Acropolis of Ancient Assini is located next to Tolo, on a hill of 330 meters. The first bibliographic reference to Asini is made by Homer (B 560), where he states that Asini, Argos, Tiryns, Epidaurus and other cities of Argolis participated in the Trojan War with a large number of ships. The visitor can see the remnants of prehistoric settlements and parts of the ancient walls, as well as Mycenaean tombs. The construction of the Acropolis is believed to have taken place in 300 BC by the King of Macedonia, Demetrius Poliorcetes. The walls have two main entrances - gates. The main gate is located on the north side, while the secondary to the east. The walls were repaired during both the early Byzantine period and the second Venetian occupation whereas during the Italian occupation, fortifications were erected on the Acropolis.