Find out some of the most important castles of the Peloponnese
with walls from prehistoric antiquity to the present. 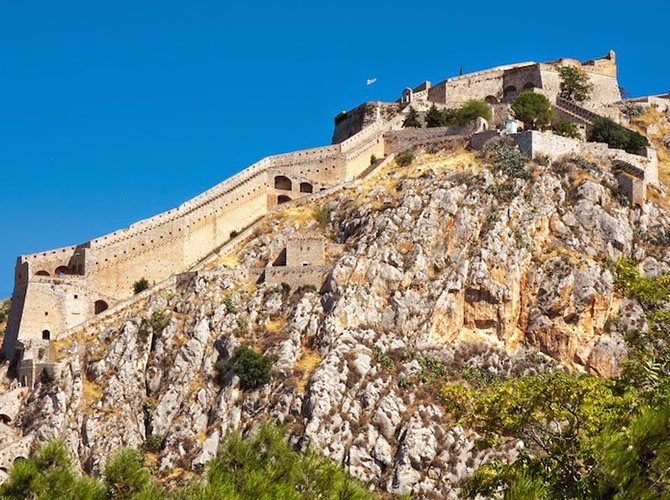 Distance: 14 km from Tolo
999 is the number of stairs leading to the top of Palamidi located above the city of Nafplio. The fort was built to serve the Venetian military and naval operations of that era. Completed in 1714, it is truly impressive while is preserved in excellent condition, being one of the most important achievements of Venetian fortification architecture. Discover it by climbing on the rugged hill that offers a unique panorama of the Nafplio town and the sea.

Distance: 12 km from Tolo
Akronafplia or the Acropolis of the Argolic Gulf was the walled settlement of Nafplio from antiquity to the end of the 15th century. The history of Akronafplia follows the historical fate of Nafplio that came to the Romans, the Byzantines, the Franks, the Venetians and the Turks of the Ottoman Empire, until the liberation of Greece. Akronafplia, which the Ottomans called Its-Kale (inner castle), consists of three levels, each of which was a separate castle with walls built in different historical periods. From the rock of Akronafplia, you will enjoy the amazing view of Bourtzi castle and Arvanitia beach. 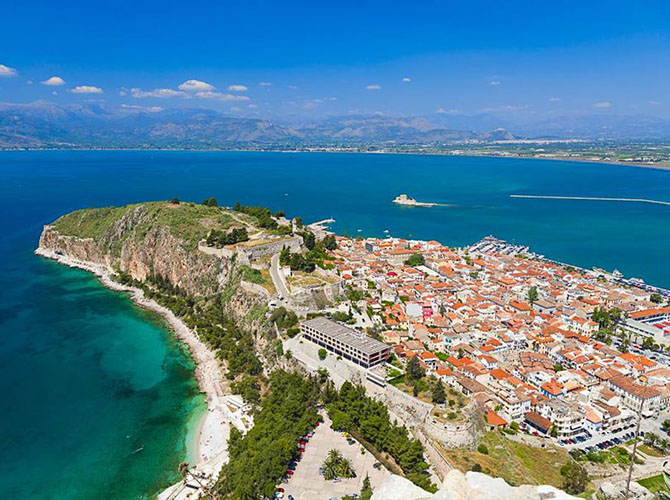 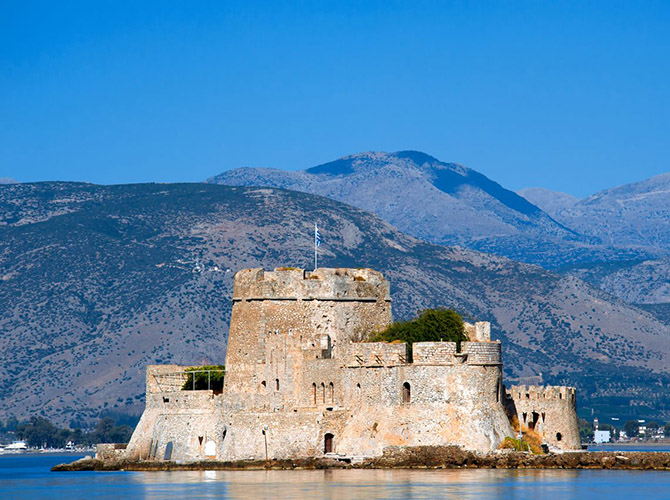 Distance: 12 km from Tolo
"The Castle of the Throne", was the first name of the Venetian castle that together with Palamidi, is a trademark of Nafplio. It was built in 1473 and most of us know it as Bourtzi, which in Turkish means "island-fortress". When you look at it from afar it reminds of an elegant stone sculpture. However, when you reach it by the boat and see below it, the impression changes. Bourtzi has a rich history; it was the residence of the executioners of Palamidi, it later offered housing to two Greek Governments in 1824 and 1827 and then operated as a luxury hotel & restaurant. Today it hosts cultural events.